The town of Delft Netherlands was once the world center for the production of beautiful pottery called Royal Delft Pottery.

In the mid 18th century, some 32 factories produced pottery in Delft Holland.  Today, there is only one: the Royal Dutch Delftware Porcelain Factory (Koninklijke Porceleyne Fles). 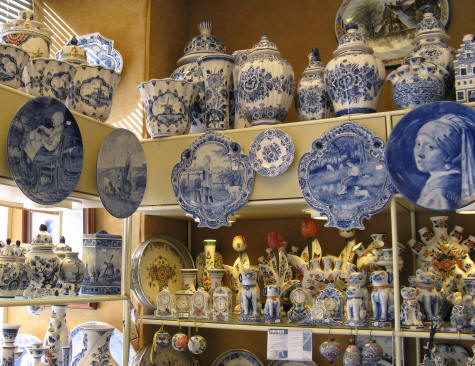 Travellers to Delft can tour the historical pottery company or participate in pottery workshops.